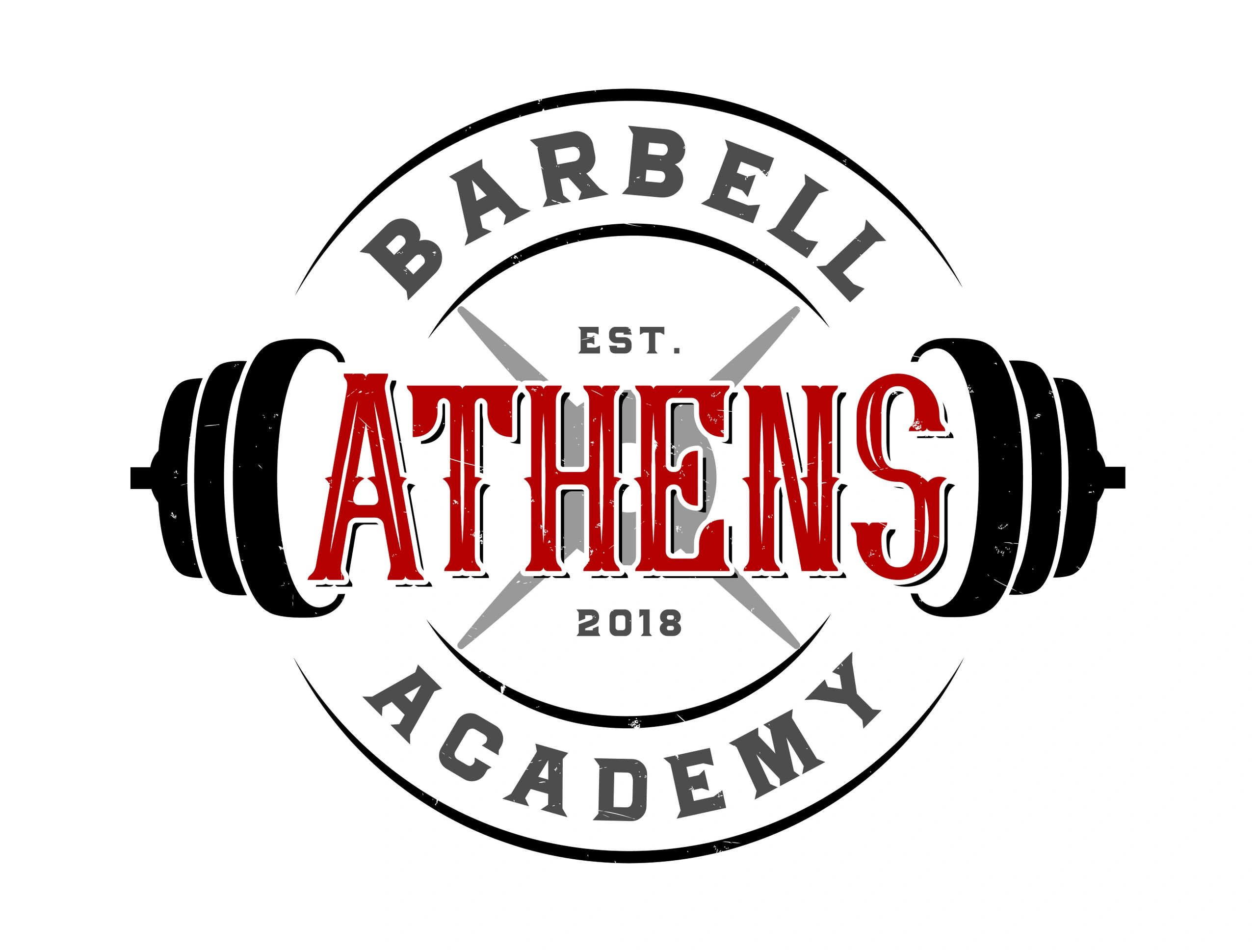 Athens Barbell Academy is a private facility specializing in loaded human movement.  We make it possible to scale movements to anyone - from the young athlete to the deconditioned elderly and anyone in between.

We use a safe, proven, effective program of barbell training to drive rapid improvements in strength, power, endurance, mobility, function, and balance.

We cater to each client with custom programming, goal setting and one-on-one coaching. Your fitness program will be designed for you, not the masses. We are RESULTS driven!

"The best way to get strong is to load normal human movements progressively and incrementally, using a full range of motion with increasingly heavyweight, so that the most muscle mass can be used and therefore strengthened with each exercise." - Mark Rippetoe

My Knees Hurt, Is Barbell Squatting Safe For Me?

A- Yes, the good news is that, not only will squatting NOT hurt your knees, but it also  make them stronger.  Getting your muscles and connective tissue strong will help support your joints while you are in motion. Strong leg muscles help knees do their job easier.

Do I Have To Eat A Lot To Start Lifting?

A- Your body uses nutrients, like protein, carbs, fiber and fats in order to perform all of its natural processes. When we stress the body through exercise, we need to refuel. Weight training requires more quality foods be added into  your diet and if you eat enough to continue getting stronger, then you have eaten enough.

Do I Have To Be Strong To Start Lifting?

A.- No. The program is designed for beginners and helps you to build up strength. We have plates and bars that start at very small weights in order to allow everyone to barbell train at their capability.  Weightlifting gets you stronger than you already are, you don't have to be strong already to start.

I Don't Want To Get Bulky Like Some Of The Women I See On Social Media. Will I Get Big From Lifting?

A- No, our workouts are comprised of full body movements that load the whole skeletal system at once, thereby making the body's muscles work all together instead of in isolation. The women you see on social media might be body builders, which is different than what we do. Body builders isolate muscle groups in order to see definition in each segment and they have an extremely low body fat percentage, showing even more of the

Also,  women can not get "big", they are lacking testosterone, which regulates muscle development and is elevated in men.

Am I To Old Too Start Lifting Weights?

A- No! The idea of lifting weights can be intimidating or downright scary. As we age, our bodies tend to become stiff and joints start to creak. We also lose bone density and muscle mass. What’s more, tendons can become brittle, synovial fluid dries up, and sinews grow weak. As this downward spiral begins, many older adults rest their bodies since it hurts to move around all the time.  It’s estimated that individuals who live a sedentary lifestyle can expect to lose up to 15% of their muscle mass between the ages 30 and 80. While some seniors may not care much about having a toned physique, reduced muscle function in old age is not something that should be taken lightly.

Lifting weights as you age becomes more important because it keeps your strength up and prevents Sarcopenia, or age related muscle loss. Strength training can quite literally give you the ability to keep on living. Elderly individuals who strength train will see a significant increase in strength, balance and a decreased risk of falls.

I want to lose weight, shouldn't I start with cardio and wait to begin strength training?

A- No, this is a huge misconception on the part of many people, especially w.omen. Since muscle is more metabolically active than fat, you will burn more calories at rest if you have more lean body mass, which means more muscle, which means you must strength train. If you are not happy with your lean versus fat body ratio, then it goes to figure that you should try to even the score a bit. By strength training you will enhance your body's fat-burning capacity, thereby doubling your efforts. This comes out to better and faster weight loss.

What Benefits Can Teens Gain From Strength Training?

One of the main benefits young trainees experience from strength training is increased strength. While some muscle growth is possible, increase in muscle size is not the main factor influencing these strength gains.

The benefit that stands out the most is improved body composition. Childhood obesity is a growing disease. Because strength training is not as taxing on the respiratory system as aerobic exercise, overweight children are more easily able to participate due to the decreased fatigue during exercise.

When Can A Child Begin Weight Training?

The biggest concern among parents as well as children is whether strength training will stunt the child's growth. This is a common public belief, but not one based in fact.

Science does not support the myth that strength training has a negative effect on the growth of children, but rather it has positive effects on the their bone health and growth. These facts have lead to The American College of Sports Medicine, American Orthopaedic Society for Sports Medicine, and the National Strength and Conditioning Association supporting child and adolescent participation in strength training programs.

Strength training improves the bone mass density of children and adolescents (Morris et al., 1997). Osteoporosis, a progressive disease which causes bones to lose their mineral mass and become brittle and spongy, is an ever growing disease that affects more than 20 million Americans.  By exercising at an early age, children can give their bones a head start in the fight against osteoporosis.

What If My Child Wants To Stop Training?

Children are motivated by fun and training should be fun.  When training is no longer fun, the child will no longer want to train, and should not be forced to.

Over the past decade, researchers have begun to demonstrate benefits of strength training for strength, muscle mass and physical function, as well as for improvements in chronic conditions such as diabetes, osteoporosis, low back pain and obesity.

Strength Training Is Good for Seniors

By Caroline Wilbert FROM THE WEBMD ARCHIVES

-- Senior citizens, you may want to consider hitting the weightroom.

A new review, which compiles data from more than 100 clinical trials, concludes that progressive resistance training can help older people in daily activities, such as climbing stairs and fixing dinner.

Progressive resistance training  can be done with free weights [Barbells], exercise machines, or elastic bands. The key is that the resistance, or level of difficulty, increase as the person gets stronger.

This kind of exercise can be particularly useful for seniors because people generally lose muscle strength as they age.

"Older adults seem to benefit from this type of exercise even at the age of 80, and even with some type of health condition," researcher Chiung-ju Liu of the department of occupational therapy at Indiana University in Indianapolis says in a news release. "The data support the idea that muscle strength is largely improved after the training, and the impact on older adults' daily activities can be significant. Simply having enough strength to do things such as carrying groceries would make a difference for seniors."

Contact me to learn more about how we can work together to help you reach your strength goals.